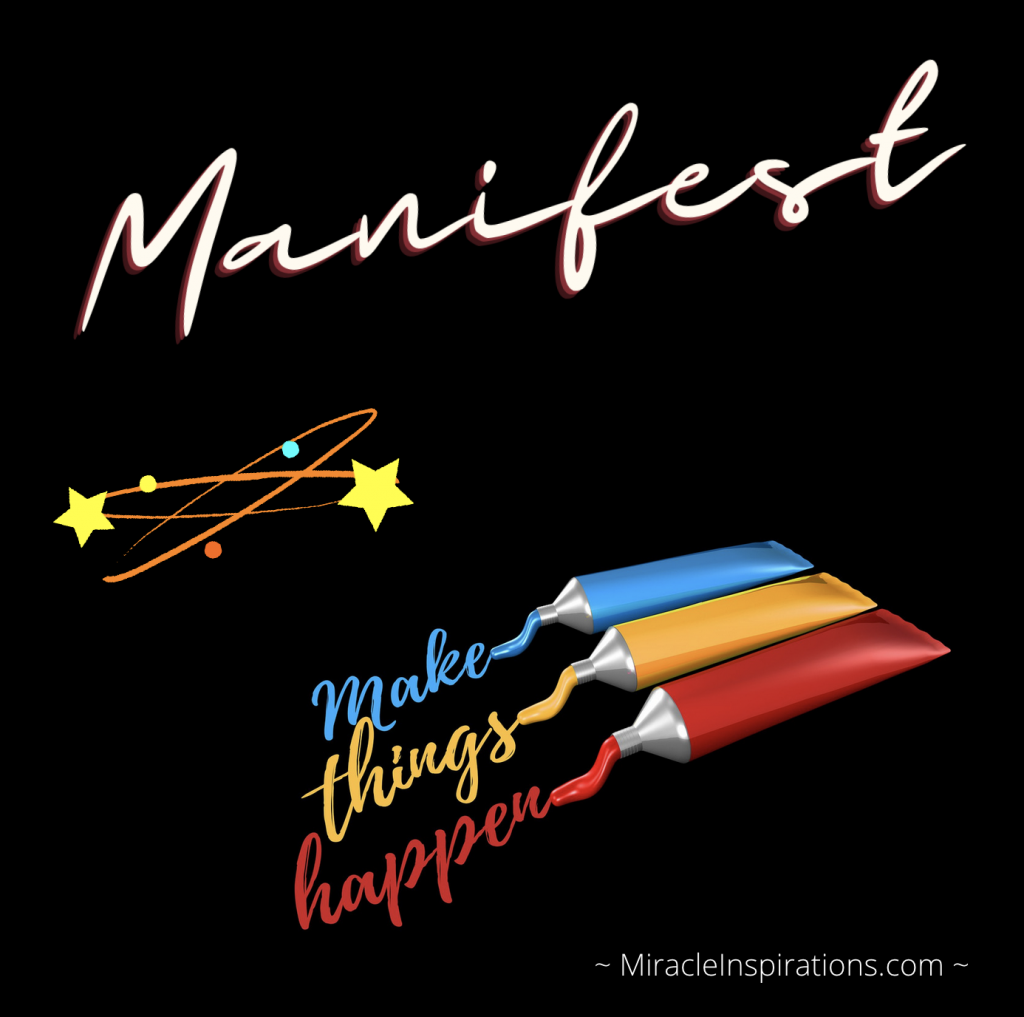 If you are reading this newsletter, you have probably heard versions of the following statements countless times. “Everything is energy.” “It’s all about frequency.” “You create your reality.” “What you think and feel, you attract more of into your reality.” With the popularity of the movie The Secret and the teachings of The Law of Attraction, these concepts have become mainstream. Quantum physics has conclusively shown that everything really is energy, everything is frequency.

This month, I share about the doubts I had about my ability to manifest immediately. And I tell about the great results I’ve had, once I got past the doubt. When doing healing work, I’ve had rapid changes in physical and non-physical symptoms.

Making This Real in Life

Have these teachings significantly impacted your life? To measure this, pick an earlier time to compare with, say ten to twenty years.
Do you intentionally create your life? How successful are you in consciously working with energy, frequency, and the Law of Attraction?

1. Have your mental, emotional, and spiritual experiences of life improved?
2. If you feel upset about something, how easily and quickly are you able to return to peace and balance?
3. Have your physical circumstances improved?
4. Have your relationships improved?
5. Have ‘problematic’ areas of your life improved?
6. Has your physical health improved?
7. Have you experienced instantaneous emotional changes in response to healing techniques?
8. Have you experienced instantaneous physical changes in response to healing techniques?
9. Have you intentionally manifested circumstances in your life?
10. Have you intentionally manifested changes in your financial life? How about desirable career changes?
11. Are you consciously producing positive shifts in the world around you?

How This Works in Sandra’s Life

Personally, I experience varying degrees of success in manifesting.

My Emotional World. I am consistently more happy, peaceful, and positive than ever before. I still become upset, but significantly less frequently. The intensity of my upsets is dramatically decreased, and in most cases, I return to positive perspectives quickly. For several years, I have used The Healing Codes to work with my emotional state, with fabulous results (including physical shifts). And I have recently begun doing The Emotion Code. I feel extremely fortunate to have these effective methods for helping myself (and others).

(January, 2010 update. I have now been using The Body Code, a comprehensive energetic healing system which includes The Emotion Code as one very important part among many. I post separately about The Body Code in a January blog post.)

Fifteen years ago, I frequently remained upset for two weeks! Yuck. Compare this with my biggest upset in recent times. A couple of weeks ago, I was annoyed with my husband overnight, and that upset felt insufferably long. The following morning, I did The Emotion Code and instantly returned to being happy with him. I’ll share more about this below in The Emotion Code.

My Life Circumstances and My Relationships. My life circumstances have completely changed, and I am extraordinarily happy. I married a Canadian and moved to British Columbia. Here is the story I tell when people ask how I met Ken. After the presidential re-election several years ago, I said to myself, “Now would be a good time to move to Canada.” I had never considered this before. In two weeks, I met Ken, and shortly thereafter, we were discussing my eventual immigration. I definitely manifested that one.

My Physical Health. My health is certainly better. This is contributed to by my diet and nutritional supplements, and by my improved state of mind. My level of stress has decreased significantly, which definitely helps.

I benefit physically both from the healing methods that I have received as a client, and from self-applied energetic techniques, including The Healing Codes and The Emotion Code (discussed further below).

Several weeks ago, I was stuck. Two things were staring me in the face, making me look at the doubts I have about my ability to manifest instantaneous physical changes.

I was about to attend the Emotion Code workshop. On teleconferences, I had listened to Dr. Bradley Nelson use the technique on people’s issues, frequently with instantaneous physical results – reductions in pain and increases in flexibility and function. Even though much of the work that I have done for years is energetic and based on the principles of shifting frequencies to produce change, I still had doubts about my ability to noticeably impact symptoms.

The VibesUp energizing coasters were also triggering this doubt. According to Kaitlyn, creator of VibesUp, (the fabulous energized crystal products that I now wear and place all around me), the coasters have been tested using a frequency machine and shown to return genetically modified foods (GMO’s) to the frequencies of natural and unmodified foods. Could changing the food’s energy with the coaster actually change its DNA??

Really, I was doubting that modifying the frequency of something, anything, could actually result in physically visible, feel-able, and measurable changes. Here I was, doubting the basis of most of my work! Perhaps I could believe that other people could produce significant and instantaneous changes, because I had seen it happening with several people, including Dr. Nelson. However, I was definitely doubting that I could do so. Particularly with The Healing Codes, I had experienced changes occurring gradually over time, but I wanted immediate results. (Don’t you?!)

I wanted to get this fear handled prior to attending the Emotion Code workshop, so I did Healing Codes to address the emotional blocks to my producing instantaneous results.

The Emotion Code is a simple and easy method of identifying ‘blocked emotions’ using muscle testing. The blocked emotions can then be easily cleared. The technique can be used by an individual for themselves or for other people or animals.

This is not therapy, and it does not require that the recipient slog through stuff from the past.

If you are interested in information about The Emotion Code, go here.

(January, 2010 update. I have now been using The Body Code, a comprehensive energetic healing system which includes The Emotion Code as one very important part among many. I post separately about The Body Code in a January blog post.)

It works! Since the workshop, I have had several experiences where releasing blocked emotions produced immediately noticeable changes. Just so you know, the majority of people are not aware of any shifts whatsoever, which is okay. Changes may still be occurring below the level of conscious awareness. Many people experience an immediate sense of lightness and peacefulness. Several later reported that they feel better, that things bother them less, and that their relationships are going more smoothly. Following are a couple of the more significant – and physical – results.

The day after the workshop, I personally experienced how intense negative feelings produce physical discomfort, and how releasing the blockages relieves the discomfort. I became annoyed with my husband Ken (as mentioned earlier). I knew I was being silly and that we’d both be happier if I talked with him, but I was unwilling to do it. The next morning, I was still annoyed, and the intense emotions had actually produced physical pain in my neck and back. (I have had periodic discomforts in these areas for years. Gee, I wonder why? Upsets and blocked emotions? I knew that consciously before, but now I had confirming evidence.) I did The Emotion Code, releasing several blocked emotions from my ‘heart wall’ (a protective ‘wall’ that I had built using blocked emotions). As each emotion cleared, I felt noticeably less upset. Immediately after I cleared the last of the heart wall emotions, I felt close to Ken, and I shared all of the emotional stuff that I had experienced. The difference was enormous and immediate. And when I stood up, the neck and back pain were completely gone.

Ken was having detoxification symptoms, including itchiness, his knee had started hurting, and he felt the lower back pain that he frequently experiences. As we released several blocked emotions, the itchiness moved around, decreased in intensity, then went away. His knee stopped hurting, and his back discomfort decreased.

(January, 2010 update. I have now been having even more immediate and significant emotional and physical results using The Body Code, a comprehensive healing system which includes The Emotion Code. I post separately about The Body Code in a January blog post.)

It is necessary to be clear that noone can ever promise that your desired results will occur. Nothing is ever for certain. I believe that it is ultimately worthwhile healing yourself, whatever the results may be.

If healing efforts are not producing the results you desire, then keep at it. Each individual accumulates blockages throughout their life. It may take persistent healing over time to clear enough of the blocks to make a noticeable difference, particularly with physically manifested symptoms. I have been actively healing myself for over 20 years. (Wow, I just calculated that.) With The Healing Codes for several years, and now The Emotion Code (and The Body Code) I feel like I’m more frequently getting significant results.

Believe! You CAN Get Results.

I realized several years ago that a big factor getting in my way was the lack of belief that I could produce healing. Once I resolved that inconsistency, I started having better results. If you are not getting the results that you want, try addressing your level of belief.

As always, you are so very much appreciated. Thank you for being there.


Everything in this newsletter is the opinion of the author and is provided for informational and educational purposes only. When information is drawn from outside sources, both credit and access to the source are given, when available.

Join a group of like-minded people in transforming your experience of manifesting. With Biofield Tuning.
Claim Your Virtual Seat
5 Available
Contact Sandra to participate.

Stress causes emotional distress and keeps you from having a healthy, joyful life. To give your body, mind, and heart the attention they deserve, try the simple actions in my FREE handout, 5 Tips for Shedding Stress.

Request the 5 Tips ebook at breathe.MiracleInspirations.com

I love feedback! What do you want to see here? Please comment at the end of this post, and feel free to contact me by email.

Thumbs up or thumbs down.

It’s in real life that all of this makes its difference.

Please share this content. Thank you! When copying the text, please send it in entirety, and credit the source.

I am available for Biofield Tuning sessions at a distance.

In ‘normal’ times, I offer in-person appointments for bodywork and energy work, including Biofield Tuning, in Penticton, British Columbia, and in Olympia, Washington.

Human Design readings are available by Zoom, and by telephone.

Please contact me with questions, or to schedule appointments.

Breathe!
It is a pleasure serving
and supporting you.
Breathe
Love. 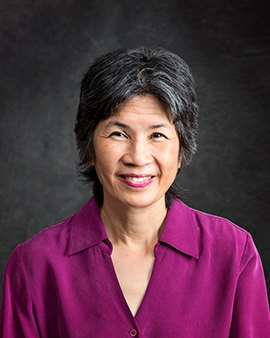 Disclaimer: I am not a doctor. As a bodywork practitioner and a practitioner of emotional and energetic healing modalities, I am able to provide recommendations to assist you in taking care of yourself. However, I cannot diagnose or treat any condition. Nothing in this post is designed to diagnose or treat any condition. At the bottom of this page is a link to a more extensive disclaimer. Everything in this newsletter is the opinion of the author and is provided for informational and educational purposes only. When information is drawn from outside sources, both credit and access to the source are given, when available.
www.MiracleInspirations.com |

The things that were keeping me from fully expressing peace and harmony—Biofield Tuning helped bring them to the surface.” 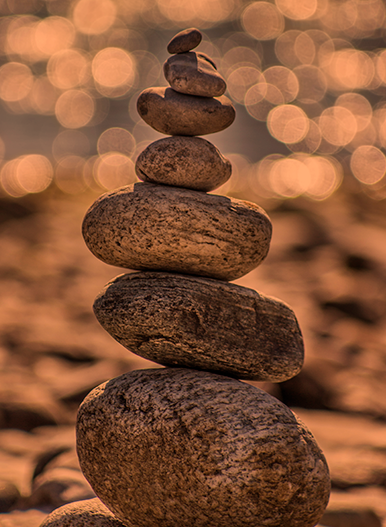 Learn more about Biofield Tuning and Human Design. Join me as I share online events, podcast interviews, and online videos.

We respect your privacy and the confidentiality of your information.